Twitter had massive success with their limited edition NFT release. It’s no surprise that CEO Jack Dorsey seems to always be in the conversation with crypto.

Now, a mobile leaker has shared that Twitter is looking to implement Bitcoin and Ethereum support in the platform’s upcoming ‘Tip Jar’ feature. Twitter first announced the Tip Jar back in May, and now the platform has been slowly starting to unroll other features as well, including ‘Super Follows‘ just this week – where users can pay a monthly fee to access bonus content from applicable Twitter accounts.

The Tip Jar is almost an extension of Super Follows, where users can leave tips for their favorite creators.

Let’s take a look at what we know from the latest leak surrounding the Twitter Tip Jar.

The leak was first shared by mobile developer and leaker Alessandro Paluzzi in a tweet that specified that no Strike account would be necessary. Paluzzi also included screenshots in the tweet. In replies throughout the thread, Paluzzi specified that he reverse engineered the feature and that it was not shared to him from a Twitter official. 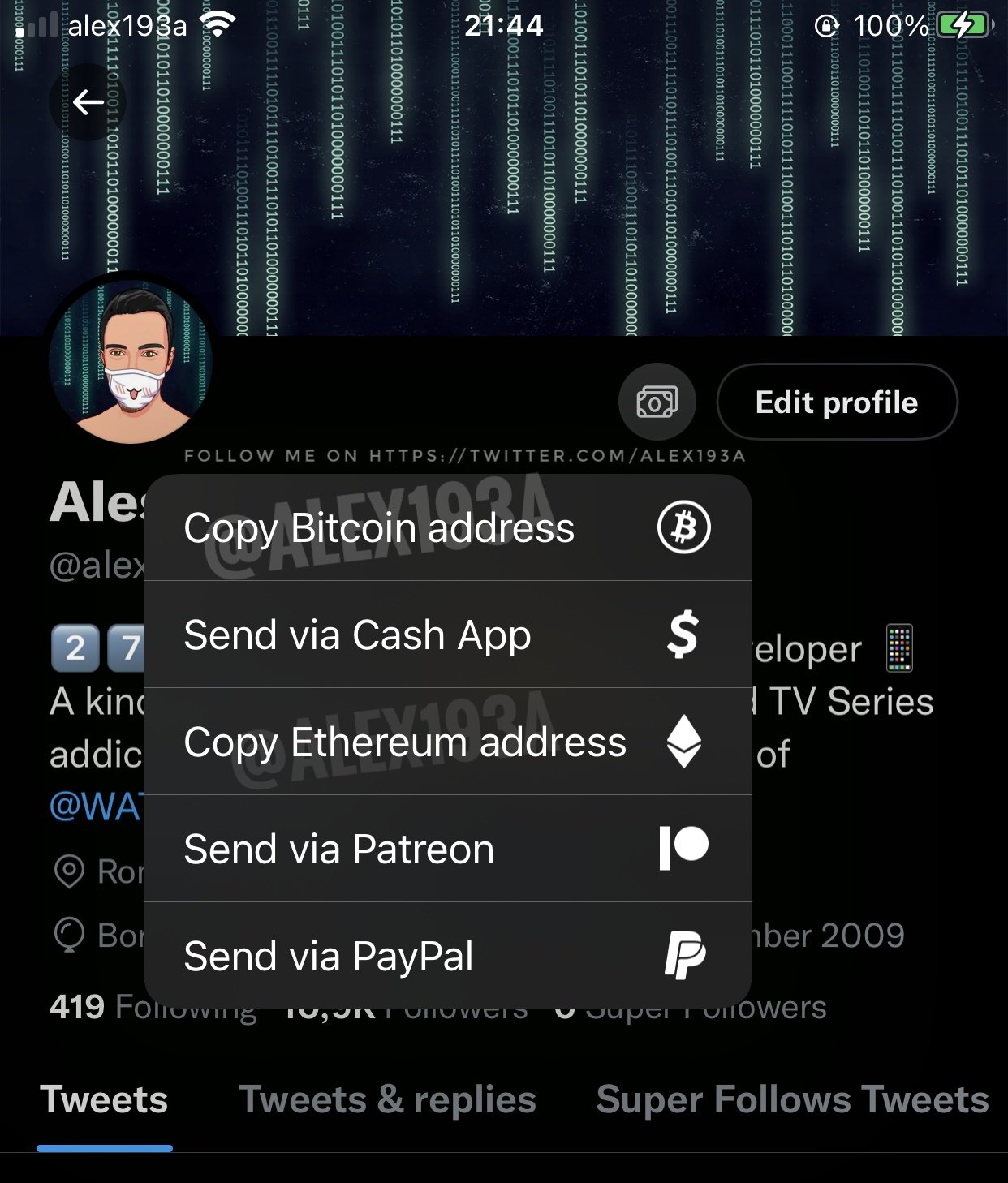 This move could signal one of the most substantial crypto integrations in social media yet. Furthermore, the leak was seemingly confirmed by Twitter product lead Kayvon Beykpour. Beykpour quote tweeted Paluzzi’s initial tweet, adding a lightning bolt emoji and “soon” emoji.

Despite Beykpour’s tweet on the matter, some skeptics have stated that they thought the leak was simply a doctored screenshot. Until we hear official word on the matter, it’s important to take every leak with a grain of salt.

There is currently no word on potential timeline on the feature, should it come to life.

Related Reading | Bitcoin Retests $50K Resistance, But Can The Bulls Hold It?

The “Tip” Of The Iceberg?

As alluded to in the screenshot, support doesn’t seem to stop at Bitcoin and Ethereum addresses, either. The Tip Jar is also expected to support Cash App, PayPal, Patreon, Venmo and potentially other methods of payment as well.

Could the move be the first of true crypto integration for Twitter? Dorsey, who is also CEO of digital payments platform Square, has been a vocal crypto advocate – even adding Bitcoin to the Square balance sheet. In July, Dorsey described Bitcoin as a “big part” of the social media platform’s future on the company’s earnings call. On the call, Dorsey also stated that he saw Bitcoin as an ideal candidate to be the “native currency” of the internet.

It remains to be seen the full scale, scope, and extent that crypto will get ingrained in Twitter’s operations.  However, this early chatter on the matter seems like it could very well be just the “tip” of the iceberg. 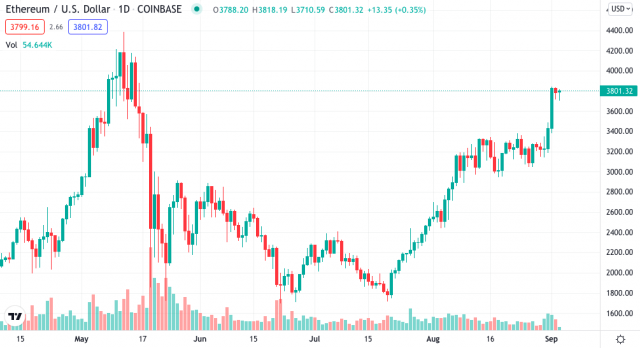