The billionaires had a Zoom meeting yesterday, and it’s all crypto Twitter talks about today. Bitcoin should embrace ESG concerns, thinks Cathie Wood. Jack Dorsey hopes Bitcoin will bring world peace. Elon Musk doubled down on his sketchy views about the subject and wasn’t confronted. Just another day in the neighborhood.

In Bitcoinist’s first-impression-candid review of “The B Word,” we described the panel as:

At first, we thought it was an event for organizations, institutional players, and investors. However, “The B Word” ended up being broadcasted through the Internet and free to watch. Musk, Dorsey, Wood, and host Steve Lee were in different locations. The teleconference setting provided a relaxed vibe but, at the same time, it decreased the stakes. It could be argued that it made the event less compelling.

And we complained about Dorsey and Wood not confronting Musk on his wild takes and uninformed assertions. On the subject of Bitcoin’s energy usage and ESG concerns, it was no different. Musk repeated all the low-level material he’s performed on Twitter, uncontested. Dorsey talked about wasted energy and Bitcoin being the incentive to develop green energy alternatives. Wood talked up the report ARK Investment and Square authored and stayed on the sidelines.

Even though Wood and Dorsey’s teams authored the paper, both of the CEO and leaders let Musk get away with making the most outlandish claims.

What Did Elon Musk Say About ESG Concerns In The Panel?

His first statement was that the Proof-Of-Work consensus mechanism was “not necessarily good for the environment.” A non-comital attack that ignores the obvious: Proof-Of-Work is absolutely necessary for Bitcoin and there’s no valid alternative to it. A while after, Musk argued that “You can make a hedge ledger bigger” because one of his companies will deploy infinite satellites that will make the Internet go faster.

Besides the obvious ESG hypocrisy, how much energy will that process waste,? a question arises. The Bitcoin ledger is a lean and mean killing machine. Does this man not understand the advantages that brings? At some point Musk said with total confidence that normal people will not run Bitcoin nodes, confirming our suspicion. He said that uncontested.

In any case, Musk confirmed that he still holds a significant amount of BTC. Then, he assured us that if he “was only financially motivated,” he wouldn’t question Bitcoin’s energy usage. The implication was that his motivation is concern about Earth and the environment. We wonder about other possible motives.

Then, he doubled down on his views that Bitcoin mining used “the world’s dirtiest coal” at one point, only to admit it’s getting better. He insisted that Bitcoin mining machines have to be on 24/7 to be profitable, a highly contestable assertion. In the end, he said that he doesn’t expect the cleanest industry, but at least some progress. And confirmed that Tesla will most likely resume accepting Bitcoin as payment. 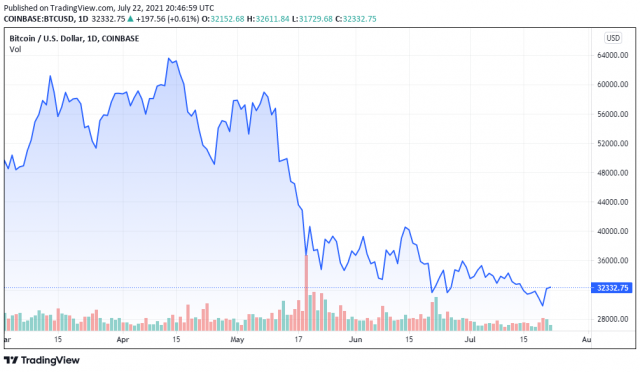 What Did Dorsey And Wood Say About The Subject?

Cathie Wood kept it on brand. She thinks that Bitcoin should embrace ESG concerns and aspire to use mostly green energy. In a boss move, Wood assured that Bitcoin already uses cleaner energy than the current financial system. She didn’t give anyone the right to reply to that.

Jack Dorsey made headlines by saying that he hopes for Bitcoin to create world peace. He thinks that all the distractions the current system brings are keeping us from our destiny. At another point, he talked about Bitcoin being the incentive necessary to create new clean energy sources. He mentioned all the energy that our current system wastes, and how Bitcoin is already making use of some of it.

In the end, though, he remained non-committal and said that he both agrees with Elon and stands by the paper they put forth.