Bitcoin has been subject to troubling price action over the past week.

Since the May highs of $10,000 established in the wake of the halving, the cryptocurrency has been in a clear downtrend, with BTC now trading at $8,800 as of the time of this article’s writing. At the local lows, Bitcoin traded as low as $8,600 on some exchanges — approximately 15% shy of the highs.

It should come as no surprise that some have taken the recent price action as a death knell for Bitcoin’s bull trend, which began in March when the asset rallied strongly off the $3,700 lows. Yet the bearish trend may soon come to an end.

Crucial fundamental and technical factors, in fact, have shown that BTC is primed to revert back into a rally after the recent correction. Three of these factors are as follows.

According to a prominent crypto trader, Bitcoin is printing a textbook bullish sign: a falling wedge.

Falling wedges, studies suggest, have a high likelihood of breaking higher. Such patterns have also preceded strong gains in the Bitcoin market over the past few months. 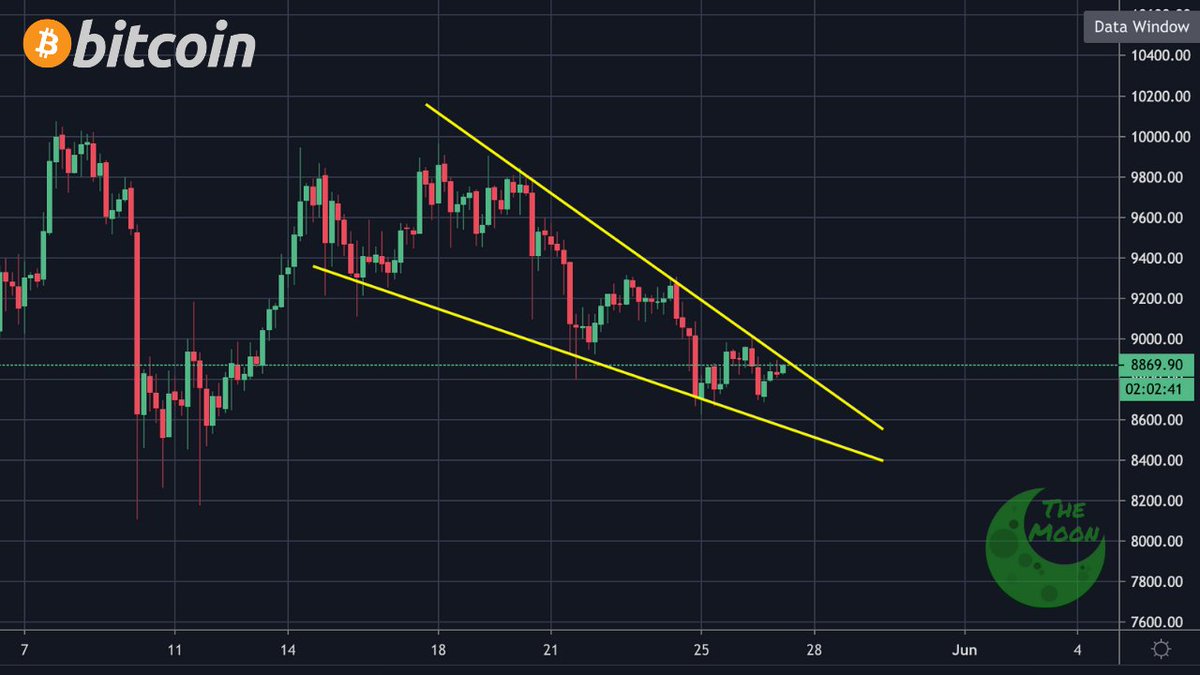 #2: Tensions Between the U.S. and China Grow; Yuan Crushed

Since our last report on the situation between the U.S. and China due to the Hong Kong democracy movement, things have become worse due to fears of sanctions.

The Chinese yuan, as Twitter account “Yuan Talks” noted, is at its weakest level since September 2019 — the peak of the 2019 trade war.

Bitcoin stands to benefit as it can act as a safe-haven for Chinese investors trying to mitigate the risks of a falling domestic currency.

“If China’s CNY continues to weaken against USD, then we could have a 2015 and 2016 repeat, where BTC strength coincided with yuan weakness.”

Related Reading: JP Morgan Says BTC Is 25% Below Its Intrinsic Value: Here’s Why It Can Catch Up

Due to the outbreak of an illness, the global economy has been thrown into a recession. Dozens of millions have become under/unemployed, while consumer confidence, spending, and other key economic metrics have fallen off their respective cliffs.

It’s a trend that has forced governments to respond by printing money, boosting Bitcoin’s intrinsic value.

Japan made this much clear recently.

According to global markets tracker FXHedge, which shares news headlines related to the global economy, a new document suggests that the Japanese government is looking to implement a stimulus package worth 117.1 trillion yen — $1.1 trillion.

Although this isn’t likely to cause instant inflation — Japan has been nearly deflationary for years upon years now — analysts say this stimulus and others like it are bullish for Bitcoin.

Elon Musk, the CEO of SpaceX and Tesla, summed this sentiment up well in a recent tweet: