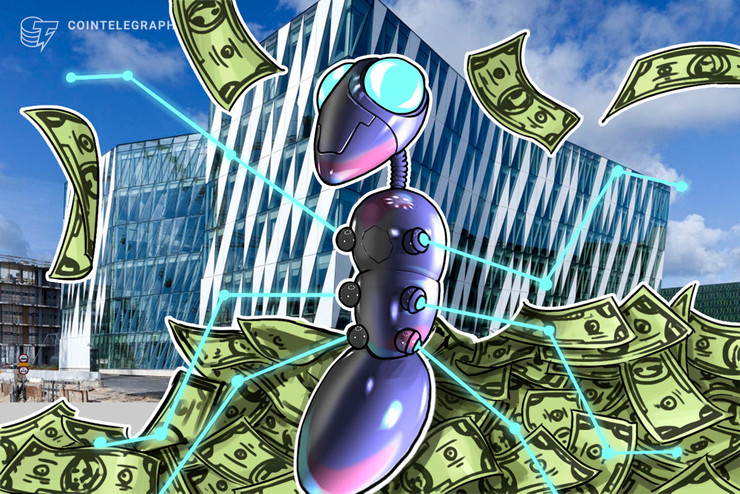 On April 9, Nervos (CKB), a public blockchain network, awarded $1 million dollars to several teams working on enhancements to its infrastructure. This represents the first of numerous upcoming payouts from the network’s previously announced $30M development fund.

In 2018, Nervos completed a successful Initial Coin Offering, or ICO. During this sale, the project raised approximately $100 million. Nervos Network is a two layer blockchain. Its base layer, like Bitcoin (BTC), is secured with the proof-of-work consensus mechanism, while the second layer is designed to provide scalability.

Nervos dispersed their initial $1 million grant amongst seven teams. These teams “will contribute to the continued development of Nervos Network and further enhance its usability and interoperability”, the company stated in a press release.

Kim Fournier, head of global marketing at Nervos, shared the rationale behind the initial set of grants with Cointelegraph:

“Our priority is on building infrastructure for the developers because we are aware that our technology is complicated and it’s not easy for developers to build on. We want to foster and enable developments. The grants were split pretty equally between teams with each receiving somewhere between 100 and 350k. One team received two grants for two different projects.”

According to Fournier, a team called Summa is developing a project that the Nervos community is particularly excited about. One of the goals of this project is to create interoperability with the Bitcoin network.

Fournier believes that it will take a long time for Nervos to award the full contents of its development fund. He states that the company wants to build a blockchain that will still be around in one hundred years.

Bitcoin Heading into Bull Trap with Its Latest Price Rally; Here’s Why

Bitcoin Whales Are Cashing in as Gains Slip Away

Will Bitcoin Ever See Another 2017-Style Bull Run?