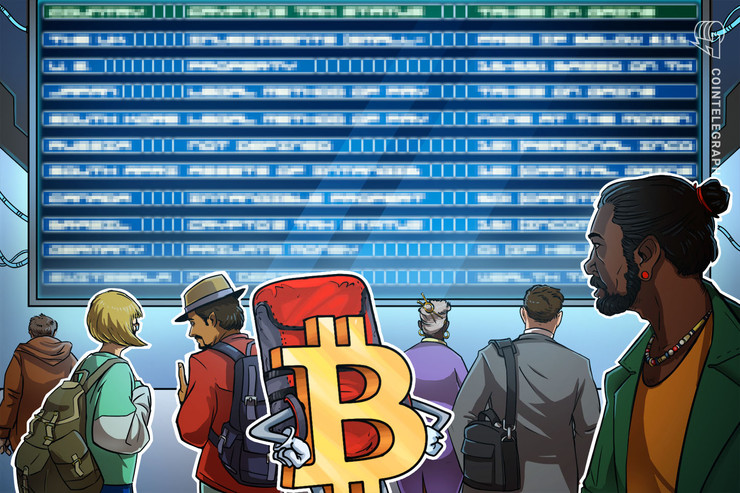 In the United States, President Trump announced new travel restrictions today in response to the spread of the COVID-19 coronavirus. The Commander in Chief signed a Presidential Proclamation suspending the entry of most foreign nationals who have been in certain European countries during the 14 days prior to their scheduled arrival to the U.S.

Meanwhile, India announced it would suspend visas for most foreign visitors arriving between March 13 to April 15, and close the country’s land border with Myanmar. Air India has already cancelled flights to Italy and South Korea, the two countries outside China most affected by the outbreak.

Other countries, from Australia to Saudi Arabia, are also looking at tightening travel restrictions.

Travel disruptions since the beginning of the outbreak

Worldwide travel and tourism has seen a huge drop in numbers since the coronavirus outbreak was first reported in China in December. The Blockchain community has not been exempt, with the earliest disruptions to the industry beginning when the virus first spread from Wuhan.

Chinese government officials extended the nation’s largest holiday, the Lunar New Year, which annually causes one of the country’s biggest domestic migrations. Many workers in the Chinese crypto industry were unable to go back to business right away, and the price of Bitcoin may have suffered as a result.

The imposition of travel restrictions, which were meant to stall the spread of the disease, were just the first in a long line of consequences to the outbreak.

Crypto conferences have been cancelled or postponed

Crypto conferences in Asia were the first to see the effects of COVID-19. TOKEN2049, a major crypto event held annually in Hong Kong, was originally scheduled for mid-March 2020. It will now be taking place on October 7-8, 2020. Hong Kong Blockchain Week 2020, also scheduled for March, was pushed to September.

While some event organizers are hopeful that travel restrictions will be lifted by the end of 2020, others are not so optimistic. Italy’s upcoming EDCON has been cancelled, and no new dates have been announced for South Korea’s Nitron Summit 2020.

With the new measures in place by the United States, major crypto conferences on both sides of the Atlantic may soon announce postponements or outright cancellations. India’s Crypto Bulls Roadshow, who originally planned to speak at Consensus 2020 in New York, has not released a statement at this time. However, they will presumably face challenges both leaving India and entering the U.S.

Though the restrictions may seem severe to those in the crypto community, health experts argue that they are necessary to protect the sick and elderly, who are most at risk from COVID-19.

Attendees at the ETHLondon hackathon from Feb. 28 until March 1 became aware of their possible exposure to the pandemic when Zhen Yu Yong (Zen) tweeted on March 11 that he had been diagnosed with coronavirus. Zen, who is the co-founder of TorusLabs, was present in both London and the Ethereum Community Conference from March 3 to March 5 in Paris.

Massive crypto sell off due to travel restrictions

Uncertainty as to what measures officials will impose in response to the coronavirus outbreak may be what’s leading the charge behind a number of major crypto sell-offs. On Feb. 26, the price of Bitcoin dropped almost 6% after $150 million of the cryptocurrency was liquidated on BitMEX.

Bitcoin to $40k in the Next Few Months, Says Tom Lee

What Tezos and Bitcoin Have in Common