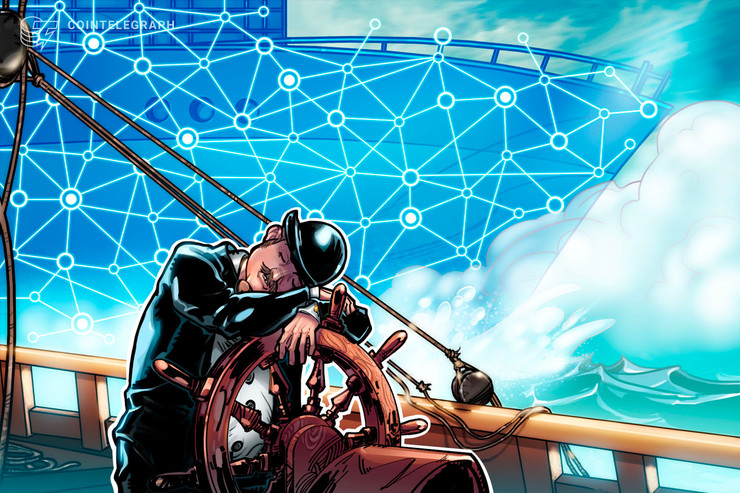 Commissioner Hester Peirce of the United States Securities and Exchange Commission is known for her work on the regulator’s approach to crypto, enough to have earned the moniker “CryptoMom.” On Thursday, Feb. 6, she presented a new proposal looking to build a safe harbor for networks in their infancy seeking to avoid classification as securities.

On Feb. 10, Cointelegraph got the chance to speak with the commissioner at greater length about her goals and hopes for the proposal.

What is a safe harbor and why don’t firms want tokens to be securities?

Briefly, Peirce’s proposal seeking to give tokens run by core developer teams some time to build out early-stage networks that are decentralized enough to avoid classification as securities.

Currently, Peirce is saying that such a network should make itself known to the SEC but have three years to establish itself as decentralized before having to worry about classification as a security. However, while avoiding classification as a security — and thus dodging the SEC’s extensive requirements for trading securities publicly — the core developers of such a network in its early phases would need to publicize its intentions to become decentralized and make other disclosures known, including investment by initial parties.

Explaining her logic to Cointelegraph, Peirce said, “The system that we’ve set up now makes it really hard for legitimate projects to move forward.”

In her initial proposal, she compared the application of securities framework to certain tokens to treating a pair of shoes as a security if the shoe manufacturer teased the prospect of ads with a famous athlete.

Peirce argues that the fact that people buy a new token hoping its value will rise should not inherently leave the token’s initial team on the hook for reporting to the SEC in the same way that a company issuing public stock has to.

This calls into question the Howey Test, the SEC’s traditional metric for judging whether an asset is a security. Based on the 1946 SEC v. Howey case, Peirce views it as inappropriate for crypto: “People are pretty frustrated with having to apply the Howey test in this particular context.”

What tokens are involved?

Specifically? The commissioner hedged. “I don’t want to speak to any specific project,” she said. As when Peirce spoke with Cointelegraph in December, she declined to comment on Telegram, the subject of an ongoing legal action by the SEC.

It is, however, hard not to see this as linked to cases like Telegram’s proposed open network and associated GRAM, or the controversial relationship between Ripple Labs and XRP. Ripple is the principal developer and holder of XRP but stubbornly insists that the token itself predates the company, according to some to dodge the SEC’s active pursuit of the company.

Another case that comes to mind is the SEC’s September settlement with block.one — a $24 million fine that was largely seen as a slap on the wrist but which still centered on the question of how much the firm’s initial coin offering (ICO) of $4 billion in EOS qualifies as an investment in the company itself or its professed vision of a decentralized network.

Despite her unwillingness to name names, Peirce broadly hoped to give more latitude to good actors. While shuddering at a return to the 2017 ICO boom, she did hope to balance the two tasks of “Making sure that token purchasers are protected but at the same time making sure that there’s a path forward.”

Founding teams: The good, the bad and the reporting

The proposed safe harbor does not eliminate all reporting obligations for firms trying to set up ICOs. As Peirce initially announced, it “protects token purchasers by requiring disclosures tailored to their needs.”

These disclosures would theoretically include information on how the network, and — critically relevant to treatment as securities — what sort of stake the initial teams building networks would control. Speaking to a hypothetical applicant, Peirce said, “We want you to tell us, initial team, how many tokens you have and could have.”

Disclosure information tailored to decentralized networks would free early-stage projects from comprehensive reporting requirements while still sorting out bad actors and fraudulent projects, Commissioner Peirce hopes. “To the extent that frauds try to take advantage of it, it gives a very clear route to find those frauds,” she said of the safe harbor.

For the time being, the commissioner makes it clear that many hurdles remain before any true safe harbor rule goes into effect. The first thing she needs is reactions.

Peirce encouraged people to reach out to her to comment on the proposal. “My door is open,” she said. “I need people to weigh in and say whether this would even work.” Broadly, she felt that the industry had been positive in reaction, citing a Financial Times opinion piece by Jemima Kelly as a notable exception. That piece described industry positivity dismissively:

“Enthusiastic commentary on the development has of course been spewing into our already sagging inbox.”

Based on the speed with which the industry reacted — including Kelly’s scornful reaction, as well as words of support from industry non-profit Coin Center  — it was obvious that Peirce’s proposal had circulated well in advance of its official release.

In the same way, however, that Peirce dodged commenting on specific token projects that the safe harbor would apply to, she was vague about which sort of companies or lobbying organizations had weighed in on the proposal in advance. “I have had conversations with folks as we’ve been thinking about this,” was as specific as she would get.

For the time being, the proposal remains Peirce’s, not the SEC’s. Regarding moving the proposal to the four other commissioners, Peirce referred to the challenge of “convincing them that we can both achieve this and allow programs to move forward” as critical to turning the proposal into practice.

From Bitcoin Price Pullback to #WeAreAllHodlonaut: Past Week’s Top Stories

Chainalysis: Only 1% of $1 Trillion Transacted in Crypto in 2019 Was Illicit