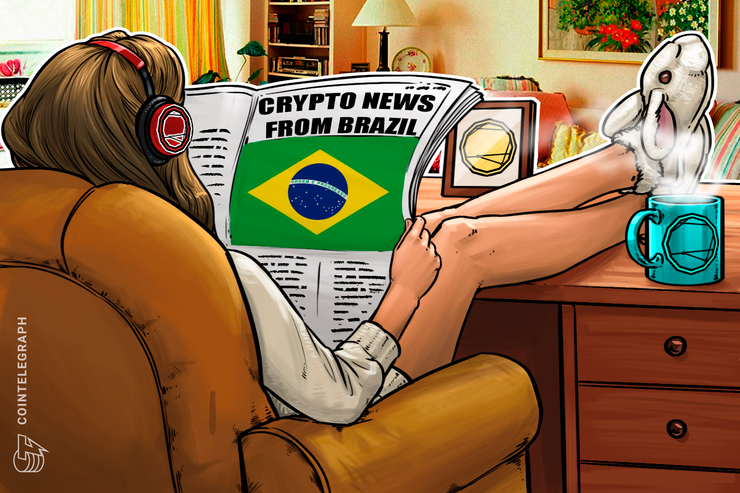 The story of Brazil’s crypto scams took a new twist over the past week as CEO of an alleged pyramid scheme reportedly fled the country after rejecting court deadlines.

Here is the past week of crypto and blockchain news in review, as originally reported by Cointelegraph Brasil.

According to Cointelegraph Brasil, a number of crypto-related companies at the event such as B2Ccoin and DD Corporation are not authorized by Brazil’s Securities and Exchange Commission (CVM) to operate in the country. Moreover, some of the companies are alleged to be involved in financial pyramid schemes, the report notes.

Unick Forex reimburses a customer as ordered by court

On Oct. 9, purported investment scheme Unick Forex executed a court order to reimburse one of its clients. Beforehand, the company issued a public statement claiming that they would only reimburse those customers who had obtained their payment vouchers.

As previously reported, the Sao Paulo Court of Justice ordered a block on Unick Forex-managed assets last week, following a lawsuit about delay withdrawals from the platform. The court eventually ordered Unick Forex to pay $28,500 to a client who filed a complaint against the company.

Previously, Unick Forex’s president argued that the company is not an investment platform, but rather an education-focused platform.

The CEO of Brazillian investment startup and alleged pyramid scheme Atlas Quantum has reportedly left Brazil for Netherlands, as reported on Oct. 10. According to Cointelegraph Brasil, the firm’s CEO Rodrigo Marques fled the country with his family shortly after a public hearing before the House of Representatives, dismissing the security staff that used to accompany him everywhere.

Meanwhile, Atlas Quantum’s customer service denied the news to Cointelegraph, claiming that Marques was in Sao Paulo trying to work out overdue withdrawals issues on the platform. Following an information request, the Federal Police of Brazil reportedly said that Marques is free to cross borders as there is no conviction or any court order preventing him from doing so.

As reported in mid-September, Atlas Quantum rejected court deadlines to resolve its delayed Bitcoin (BTC) withdrawals on its platform. On Sept. 17, the Federal Court of Brazil ruled that the exchange’s activities may constitute a financial pyramid and ordered to immediately freeze the company’s assets. On Oct. 2, major crypto exchange HitBTC denied allegations that it was involved in freezing Atlas Quantum’s funds, claiming that the provided evidence was forged.