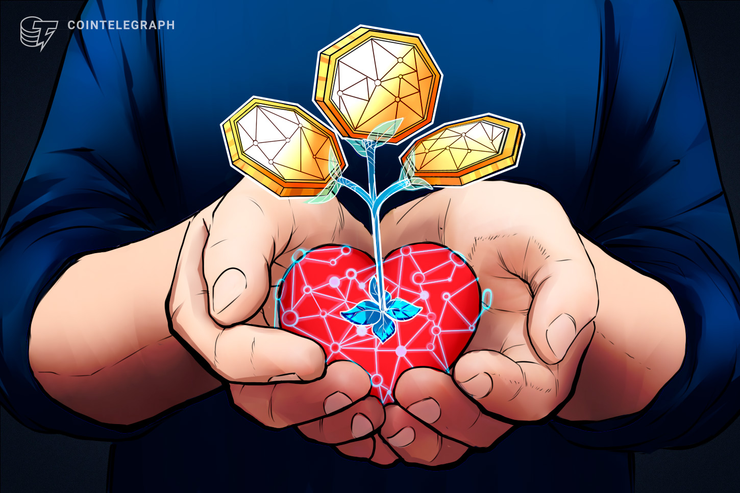 In its “2019 Giving Report,” Fidelity Charitable illustrated account development throughout 2018, and provided insights into its growth since its establishment. Generally, the number of donors reached 204,292 in 2018, while back in 2009 the company had 51,918 accounts.

When it comes to digital currency contributions, Fidelity received $106 million worth of cryptocurrency donations since it began accepting cryptocurrency in 2015, which includes $30 million in 2018. The report further notes:

“Though cryptocurrency values cooled off considerably by the end of 2018, they began the year at a peak. Fidelity Charitable’s ability to accept cryptocurrency donations, including bitcoin, allowed these donors to eliminate any capital gains taxes and give the full fair market value to charity.”

In 2017, Fidelity reportedly received $69 million — which made it a record year for cryptocurrency donations — while in 2016, the value of crypto donations amounted to only $7 million.

Some other philanthropic organizations around the world have also embraced cryptocurrency donations. Earlier in August, South Korean holding company SK C&C unveiled plans for a donation platform that is based on a Ripple blockchain fork. Moreover, the platform will support a stablecoin linked at a 1:1 ratio to the won, as well as a utility token.

A charitable crypto campaign dubbed “Airdrop Venezuela” registered around 60,000 verified beneficiaries and raised $272,000 since its launch in fall 2018.

Monero’s Embarrassing Website Hack: What You Need to Know