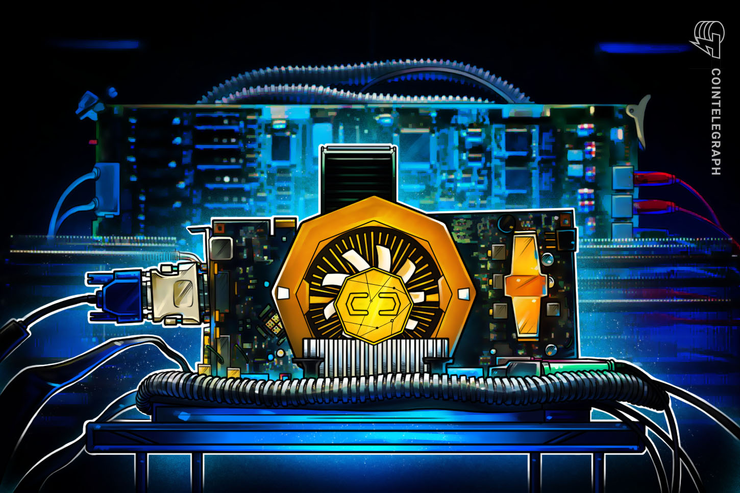 Still 17% down from crypto-driven highs

While the latest results reveal a solid 16% increase over the previous quarter, year-on-year revenue remains down by 17%. Nvidia had earned $3.12 billion during the same period for the fiscal year 2019 amid massive demand for GPUs from cryptocurrency miners.

The firm’s outlook for the forthcoming quarter is a higher revenue of $2.9 billion, give or take 2 percent.

Alongside developments in its GPU output, the firm also highlighted the progress of its artificial intelligence business, as well as the ongoing profitability of its gaming business segment, which remains the main driver of its revenue.

This January, Nvidia had decreased its financial estimates for Q4 for the fiscal year of 2019, citing a decline in mining during the crypto bear market among its reasons.

In December 2018, a class action lawsuit was launched against Nvidia over the losses reported by the company when lower crypto prices diminished demand for GPUs by miners.

The extent of Nvidia’s crypto-driven success during the market’s historic bull run has been the subject of some controversy: earlier this year, a financial analyst claimed that between April 2017 to July 2018 the firm had in fact raked in $1.35 billion more in revenue from mining-related sales than officially stated.

During crypto winter this March, Nvidia said it would manage to sell off the surplus inventory it had accumulated in anticipation of continued mining-driven demand — stock that CEO Jensen Huang had characterized as a “crypto hangover.”

PODCAST: Josh Brown on Why Bitcoin Is Like the 1800s Railroad Boom