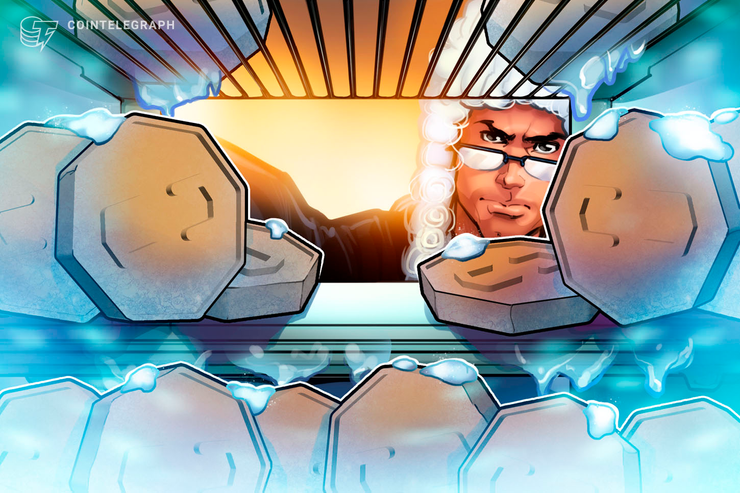 A United States District Court has entered an emergency freeze to preserve $8 million of a New York citizen and two of his entities’ related assets following the U.S. Securities and Exchange Commission (SEC) complaint filed on Aug. 12.

Per the SEC’s announcement published on Aug. 13, the court agreed, ordering the temporary freeze of at least $8 million of the $14.8 million Reginald “Reggie” Middleton and two entities under his management, Veritaseum, Inc. and Veritaseum, LLC raised in 2017 and 2018 by conducting a fraudulent and unregistered initial coin offering (ICO). The SEC specifically alleges the defendands of violating the registration and antifraud provisions of the U.S. federal securities laws, as well as manipulative trading.

As reported yesterday, the companies sold tokens called VERI, which were apparently issued on the Ethereum blockchain and pegged to Ether (ETH) at a 30:1 ratio. The defendants reportedly presented VERI as a utility token, saying that it could be redeemed for benefits such as consulting and advisory services and purportedly unlimited access to research.

“After learning about Middleton’s transfer of funds, we took quick action to prevent the further dissipation of investor assets. Whether in digital currency or plain cash, we will act to protect investor assets and to pursue fraud and manipulation in our securities markets.”

Cointelegraph contacted the courthouse, wherein a clerk said that the court approved of the temporary injunction, requiring defendants to show cause on Aug. 22. Per court documents, the case was reassigned to Judge William F. Kuntz, II on August 13.

The SEC’s concerns over crypto regulation

Earlier in August, SEC commissioner Hester Peirce reportedly said that she is interested in building a non-exclusive safe harbor allowing issuers to offer tokens under an alternative regime with robust requirements. To address cross-border regulation, Peirce stated that the internationalization of markets does not need to lead to the internalization of regulation.

As Cointelegraph reported in June, SEC Chairman Jay Clayton said that the regulator needs to feel comfortable with cryptocurrency custody and ensure no market manipulation can take place before approving a crypto exchange-traded fund.

Avowed Could Dwarf Skyrim in Size – And Bethesda Should Be Worried