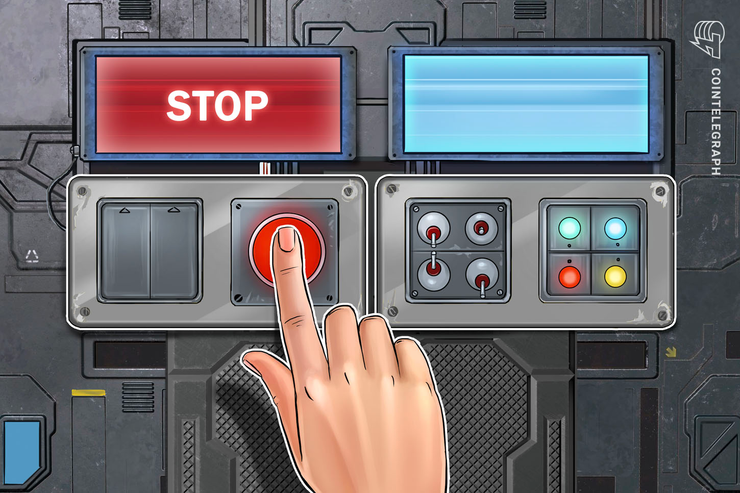 San Francisco-based crypto lender Dharma has decided to pause new deposits and loans on its platform.

Dharma announced their decision in a series of official Twitter posts on Aug. 7. Their second tweet in the series reads:

“For now, we’re pausing new deposits and loans in Dharma. If you have an existing deposit or loan with Dharma, you’ll still be able to access your account and will have the option to withdraw any funds that are not currently locked up.”

While not appearing to offer any further details, Dharma assured the public in the rest of their posts that they were “hard at work” and that the “next chapter of this story is going to be exciting.”

The launch of Dharma

Dharma is a relatively young company. In February, the firm raised $7 million from investors such as Coinbase Ventures. The Block Crypto additionally specified that the funds would go toward Lever, it’s platform designed to support instant margin loans for crypto traders and high-volume investors.

The head of the Dharma Labs’ marketing team, Max Bronstein, reportedly the claimed advantages of Lever as follows:

“Investors can take out loans against a number of different assets in sheer minutes, counter-party risk can be eliminated by smart contracts, borrowers can freely move their principal anywhere they’d like, and most importantly, all of this can be done at almost half of the cost offered by traditional lenders.”

As previously reported by Cointelegraph, Dharma launched its public-facing lending service in April. In the announcement, Dharma said that its service was compatible with any wallet, but that only Ether (ETH) and the stablecoin DAI were currently available. At the end of May, Dharma announced that it added support for the dollar-backed stablecoin USDC.

Who Are the Biggest Bitcoin HODLers?