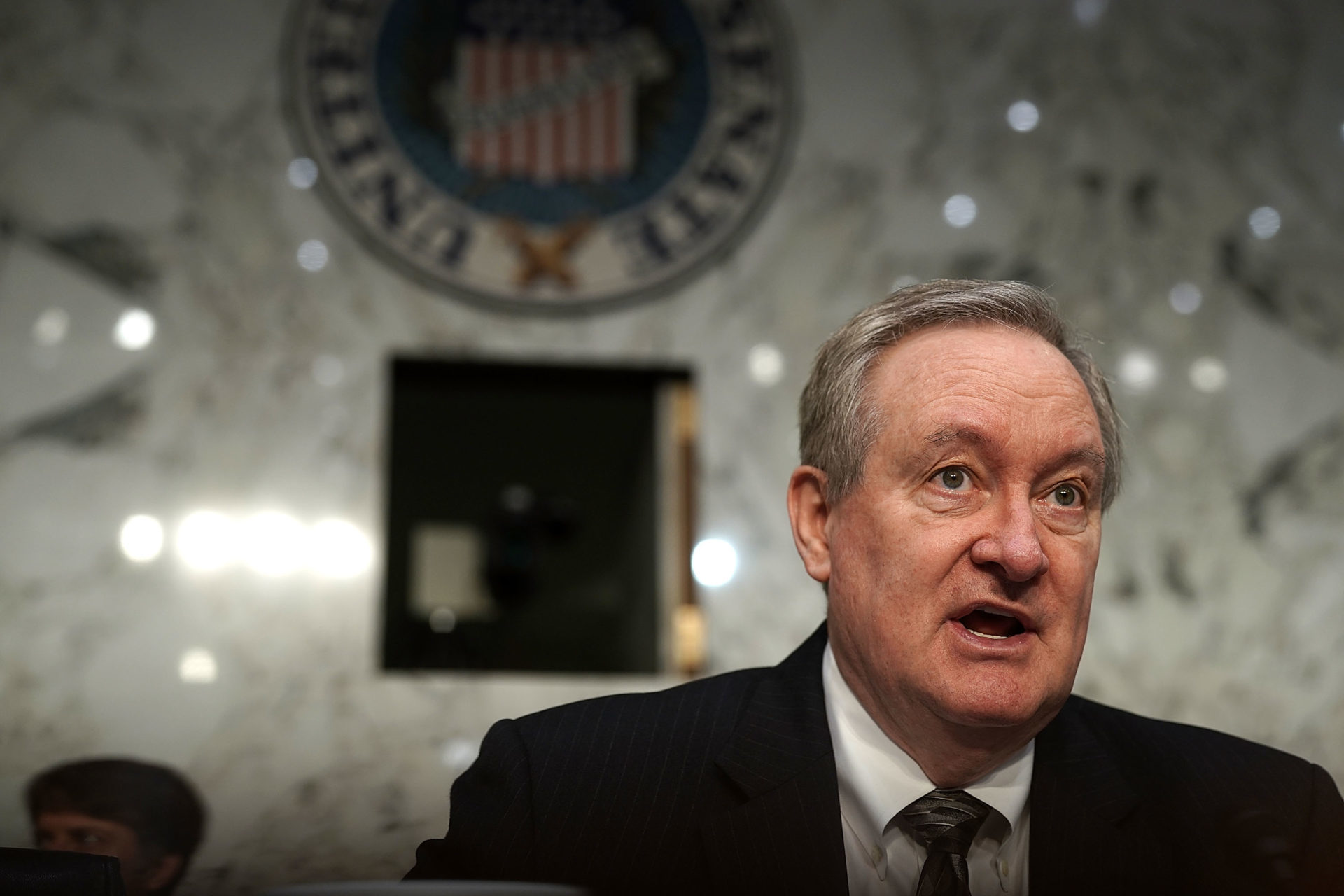 Yesterday saw yet another U.S. Senate Banking Committee hearing on regulatory frameworks for digital currencies and blockchain. Libra got another bashing, and Chairman, Mike Crapo, surmised the U.S. “couldn’t succeed” in banning Bitcoin and cryptocurrencies even if it wanted to.

Crapo introduced the hearing on a positive note for crypto, noting that although the hearings had started by examining Libra, the cryptocurrency ecosystem was diverse, saying:

It seems to me that these technologies and other digital innovations are inevitable. They could be beneficial… and I believe the US should lead in their development. I look forward to hearing more about the ecosystem during this hearing.

His colleague, Senator Sherrod Brown, continued that previous hearings had left serious concerns about Facebook’s plan to ‘run its own currency out of a Swiss Bank Account’. Questions put to Calibra head, David Marcus had been dodged, proving again that Facebook doesn’t understand accountability. According to Brown, Facebook cannot be trusted as it just doesn’t care, preferring to ‘move fast and break things’.

“Now it wants to break our currency and payment systems hiding behind the phrase innovation,” Brown said.

We should be a little suspicious when someone tells us that only big corporations can be trusted to provide critical public services.

Current US Banking System is Broken

One thing agreed on by all the panellists was that the current U.S. Banking system is not working for everyone. High fees for basic services like ATMs, lack of real-time payment processing, and minimum balance requirements, mean 25% of U.S. Citizens are unbanked or underbanked.

Circle CEO, Jeremy Allaire, opined that Bitcoin and cryptocurrency could address this imbalance, and help to create a financial system with equal opportunity for everyone.

Law Professor, Mehra Baradaran, however, suggested that financial exclusion was not the result of faulty technology, but faulty policy. She claimed that the U.S. Federal Reserve had the power to fix the banking system straight away, without the need for cryptocurrency.

Whilst this may well be true, it was somewhat off the topic for the hearing.

Regulatory Uncertainty Means US Falling Behind

Allaire said that the current uncertainty over regulation in the U.S. was leading the country to a significant loss of opportunity. Examples such as the Securities and Exchange Commission (SEC) using the seventy-year-old Howey Test, to determine the nature of 21st century digital assets, has had a serious impact on US companies.

Many digital assets do not easily fit into the classifications that are currently defined in the financial system. They are not entirely either currency, commodity, or investment, and some have features of all three. New regulation is needed , he continued, and it was important for this regulation to distinguish between the types of digital asset.

Contradicting this, Baradaran claimed that these digital assets are not new products, just delivered with new technology. Therefore they could be dealt with using existing regulation. She then undermined this argument by saying that ‘to an extent the asset fits the currency model, or the security model, so we enforce those rules’. But gave no indication of which rules we enforce when an asset fits both (or more) models.

The hearing then went on to discuss more crypto-friendly jurisdictions, as Allaire’s Circle is moving its core non-U.S. business to Bermuda.

As an example for why this might be, Allaire pointed to the SEC’s extremely narrow view of what isn’t a security. It is the coupling of utility with financial worth which makes certain digital assets innovative, and if treated as a security, the utility cannot function.

Therefore, companies creating such products would move operations elsewhere and perhaps even block U.S. citizens and companies from accessing products and technologies.

International Trade and Finance Specialist, Dr Rebecca M Nelson, assured the Committee that crypto-positive jurisdictions were not about shirking regulation, but about providing clarity. This was not the wild west; risks are controlled, but definitions are clear, whereas the U.S. had a lot of great areas.

Crapo then pondered the logistics of an attempt to ban cryptocurrency in the United States:

I’m not saying that it should, but… If the United States were to decide it didn’t want cryptocurrency to happen in the United States and tried to ban it… I’m pretty confident we couldn’t succeed in doing that because it is a global innovation.

However, he was interested in how a company would get around such a ban, or what methods it might use. To which Allaire pointed out that digital assets exist everywhere the internet exists. Any ban could only apply to U.S. companies trying to work in the space, and could not be enforced on the assets themselves.

What do you make of these latest comments on Bitcoin? Let us know your thoughts in the comment section below!

A Recap of the Billionaires That Are Big Fans of Bitcoin

Bitcoin Awaking from Bear Slumber, For the First Time Since 2017