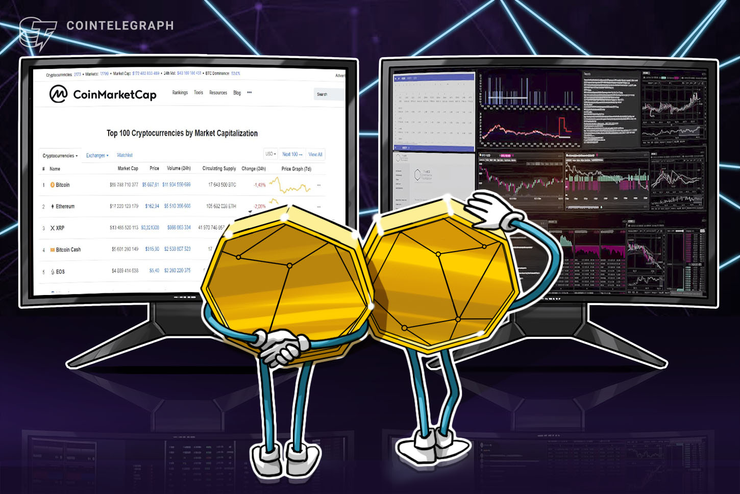 CoinMarketCap, a major source of prices and volumetric data on crypto markets, has revealed plans for its first-ever acquisition in a press release shared with Cointelegaph on June 26

The United States-based company is acquiring electronic crypto trading fund Hashtag Capital in order to expand its efforts within its Data Accountability & Transparency Alliance (DATA), an initiative launched in May 2019 to provide greater transparency in crypto space.

Following the acquisition, the Hashtag Capital team will be joining CoinMarketCap to work on pricing algorithms for over 2,000 digital coins listed on its platform, as well as to develop new data offerings on the platform, the press release notes.

Brandon Chez, CEO and founder of CoinMarketCap, said that the company’s first acquisition will allow it to go beyond its “traditional volume-weighted average prices to even more sophisticated price algorithms and analyses.”

Originally established as a cryptocurrency trading fund, Hashtag Capital was reportedly working on its own solution to provide the “true price” of markets, CoinMarketCap wrote in the announcement. The company has not disclosed financial details regarding the acquisition.

According to the press release, Hashtag Capital’s team includes former engineering executive at customer service platform Zendesk, Yangbin “Wybe” Kwok, who is also a co-founder of Zopim, which was acquired by Zendesk back in 2014.

CoinMarketCap’s DATA initiative has followed controversy around the reliability of statistics on the platform, following a report by Bitwise Asset Management, which claimed that 95% of trading volumes on unregulated exchanges is likely to be fake. Since then, Bitwise clarified that those volumes do not impact the price of bitcoin (BTC).

The SEC Has Rejected Every Bitcoin ETF. This Firm Thinks It Has a Solution