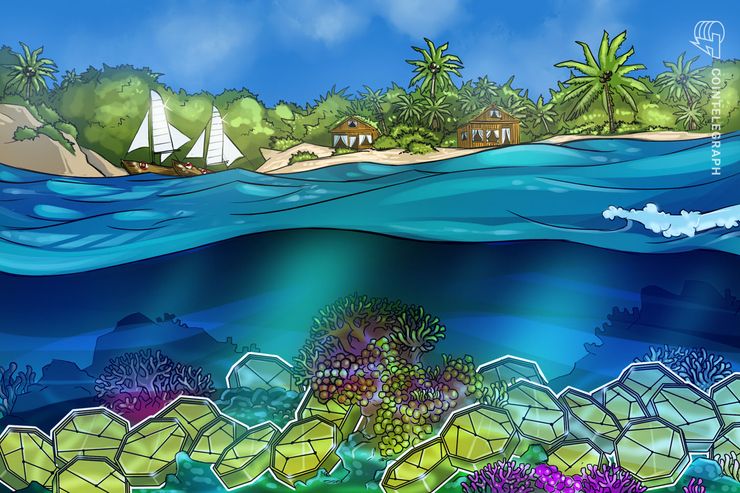 The Republic of the Marshall Islands (RMI) has formed a non-profit organization to support the government in the implementation of the country’s national digital currency. The development was announced in a press release on June 4.

The RMI has established the SOV Development Fund to support the government’s plan in the development and implementation of the country’s national digital currency, the Sovereign (SOV).

The fund will be fully independent, with a board of seven directors, of whom two will be appointed by the government, and two nominated by SFB Technologies — the firm which is developing the SOV’s blockchain infrastructure.

The remaining three directors will be chosen unanimously by the aforementioned four from among international experts in blockchain technology, banking and monetary policy.

In a video presentation to the Blockchain for Impact Summit at the United Nations Headquarters in New York, the Minister In Assistance to the President, David Paul, said, “We are designing SOV in a way that will not place any burden on the government’s finances. The currency funds itself.”

Peter Dittus, Chief Economist for SOV, explained that the SOV Development Fund’s mandate is to seed the ecosystem around the SOV and to smooth the volatility of the SOV by selling and buying SOV against the United States dollar, among other targets.

As Dittus previously told Cointelegraph, the decision to develop a national digital currency is backed by several reasons. According to Dittus, developing countries, such as the RMI, struggle with the high costs of remittances, and having a digital legal tender creates a situation where the solution to costly remittance is “baked into” the monetary system itself.

The implementation of the RMI’s national cryptocurrency had faced criticism from the International Monetary Fund last September, when the agency warned the country about the risks of adopting a cryptocurrency as a second legal tender, urging the country to abandon the project.

In March, Israeli startup Neema — which also participates in the development of the SOV — stated that the project still needs work in order to placate U.S. financial regulators. Specifically, the company mentioned that every SOV account will be fully identified and buyers will be checked against the U.S. Office of Foreign Asset Control.